How can I get better at the saxophone?

How do I actually get better at playing this instrument?

Earlier in January, I had a look at various videos on Youtube. The common consensus is really simple to say, but actually hard to put into practice (literally!) – you just have to learn all your scales!

Learn the Chromatic scale (in plain English: “going up and down in semitones”). This, according to HelloSaxophone, is the only way to get better. It helps you to be more comfortable with every note – especially the sharps and flats you’re trying to avoid. 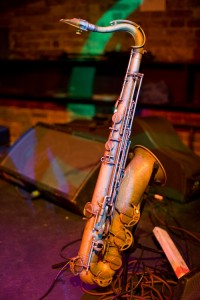 Saxophone on stage (by Peter Jozwiak)

Start slowly and concentrate on precision rather than speed, to let the muscles learn where each note is, and the transitions between them. Jay Metcalf says this is the fastest way to learn.

Getting familiar with the Major and Minor scales is also important. Just knowing the major scales isn’t enough. And I’ve found that songs I want to play along to are often in awkward keys, like C# or F#. I just have to get over the fact that I need to know them all.

Posted in Uncategorized | Comments Off on How can I get better at the saxophone?

Are Chinese Saxophones any good – part 2

I took a bit of a gamble the other week, and bought a cheap (probably Chinese) saxophone on Amazon for about £200.

From what I’ve read recently, the quality of instruments coming out of China has been improving all the time. (See, for example, my previous article on Chinese saxophones and Stephen Howard’s article)

I’ve had my eye on a coloured Alto for a while, and finally decided to go for it when I saw this black-and-gold model on Amazon for a shade under £200. At the price, even if it only lasts 5 years, I figured it would be a better investment than a games console! 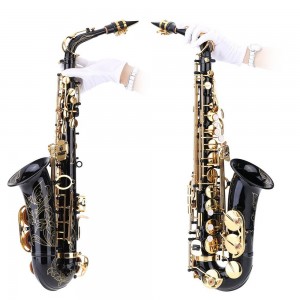 Unboxing the sax, I was surprised how heavy it was – clearly they haven’t skimped in metal on the body of the horn. I wasn’t able to tell if this was a particularly heavy horn, as I don’t have another alto to compare it to.

There were some slight sharp edges here and there – probably edges from machining that haven’t been eased off with a file (a task that would no doubt increase the price). Nothing to scratch you, but perhaps a bit uncomfortable.

The paintwork was a bit tacky (sticky) when I first unboxed the sax. This may have been caused by not leaving it long enough to dry before packaging for sale (maybe another cost reduction). I think this could be solved by letting it ‘cure’ in front of a radiator for a week or so, or it might have been because it was left in a cold place during transit.

A bit of cork grease allowed me to put the mouthpiece a bit further on, but it was still about a 1/4 tone too flat. Warning! Don’t push the mouthpiece on too hard, or you’ll crack it, and then you’ll have to buy a new mouthpiece sooner than you’d planned!

A few days later, I was practicing A-major scales, and discovered that the C♯ was about a 1/4 tone flat relative to where it should be, and not a semitone apart from C or D. This, I thought, was a much more significant issue, and can’t be easily fixed.

I was able to return the sax, as I’d bought it from Amazon (I would probably have had more difficulty if I’d used a different online provider) and I hadn’t yet attacked the neck cork with sand paper.

I should point out that my experience here may not be typical of other Chinese saxophones. It could be that this was a specific “bought online” issue rather than a problem with Chinese saxophones in general. After all, as a friend pointed out, iPhones are made in China, so the machining must be reasonable! I notice that sax.co.uk sell a Sakkusi for around the £300 mark; if they’re putting that on their website, it must be OK!

In conclusion, I would advise that you play a saxophone before you buy it (which means visiting a music shop, trying some out.)

Update: A few weeks later, went down to sax.co.uk and bought an Alto for around £750, which I’m very happy with. I recollect it feeling lighter to pick up, there were no sharp edges, the paintwork was properly dry, it was in tune with itself [1], but I still needed to sand a smidgen off the cork to get it in tune with the tuner.

[1]: Jay Metcalf has a great video about Playing In Tune.

Abide With Me (in F)

A golden oldie, a wonderful Hymn. In F on a Bb Tenor Saxophone. (Starts on an A)

Also in F, There’s a glorious version sung by Hayley Westenra, although I suspect you may find yourself listening, rather than trying to join in!

Posted in Uncategorized | Comments Off on Abide With Me (in F)

How Saxophones are made

A look inside the Selmer factory in france

Posted in Uncategorized | Comments Off on How Saxophones are made

Are Chinese Saxophones any good?

In this video Richard Ross of RSR Sax explains the quality of Chinese-made saxophones, how things have changed since the 1960s, why the latest Chinese models are good, and how it changed his business model

He also suggests why you should learn an instrument (as they’re doing in China, Taiwan and South America…), and what a good quality, cheap saxophone means (i.e. they’re practically disposable! )

Posted in Uncategorized | Comments Off on Are Chinese Saxophones any good?

Here’s a little trick if scales have got a bit boring;

Pick a scale as usual (I’m working on a web app for that!), then instead of just climbing up and down the stairs as normal, play some simple tunes. Here are some examples:

They don’t all start on the root note; Work out what key they’re in!

Pick songs you’re playing regularly, or want to play regularly too. There are plenty of lists of “songs you must know”, just google for them

Posted in Uncategorized | Comments Off on Alternatives to Scales

I just came across this site – http://www.saxuet.qc.ca/TheSaxyPage/Standards_In_Bb.htm, with a large listing of music scores for well known tunes for saxophone.

Thanks to Saxuet in Canada for making these scores available.

I just stumbled across this. It’s a 3D-printed mouthpiece!
http://www.thingiverse.com/thing:25996 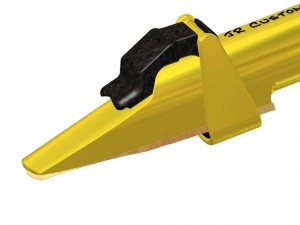 Posted in Uncategorized | Comments Off on Mouthpieces now available 3D-printed

Amazing sounds from a saxophone!

Every Breath You Take

Posted in Uncategorized | Comments Off on BeatBox Sax

Brian Sacawa of the US Army field band visits Dr Paul Cohen, who owns an amazing collection of unusual saxophones, including the largest sax you’ve ever seen, one with a sphere on the end instead of a bell, and one with no tone holes!