At the top: a new White and at the bottom a new Tan (square). The bricks in the middle are yellowed with age. There is no part that would fill the yellow area.

Here are some town-themed models I’ve made over the years:

“D’you think we should tell the guvnor that we can’t get the middle bit”?
“Nah, just fill it with cheese, and cement around the cracks. Nobody will notice”.
(LEGO don’t do a part of the size filled in yellow. Image: October 2014) 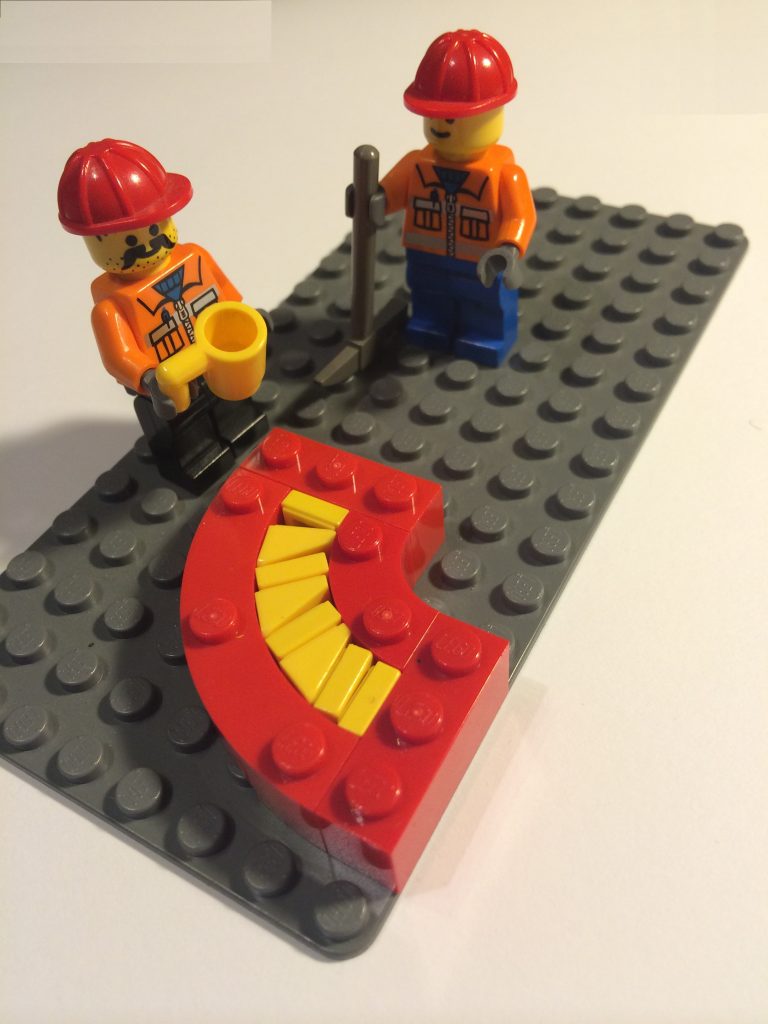 Steph was so excited about the new upside-down tile, she had to phone a friend. Steph’s phone conversation is recorded here. (January 2015) 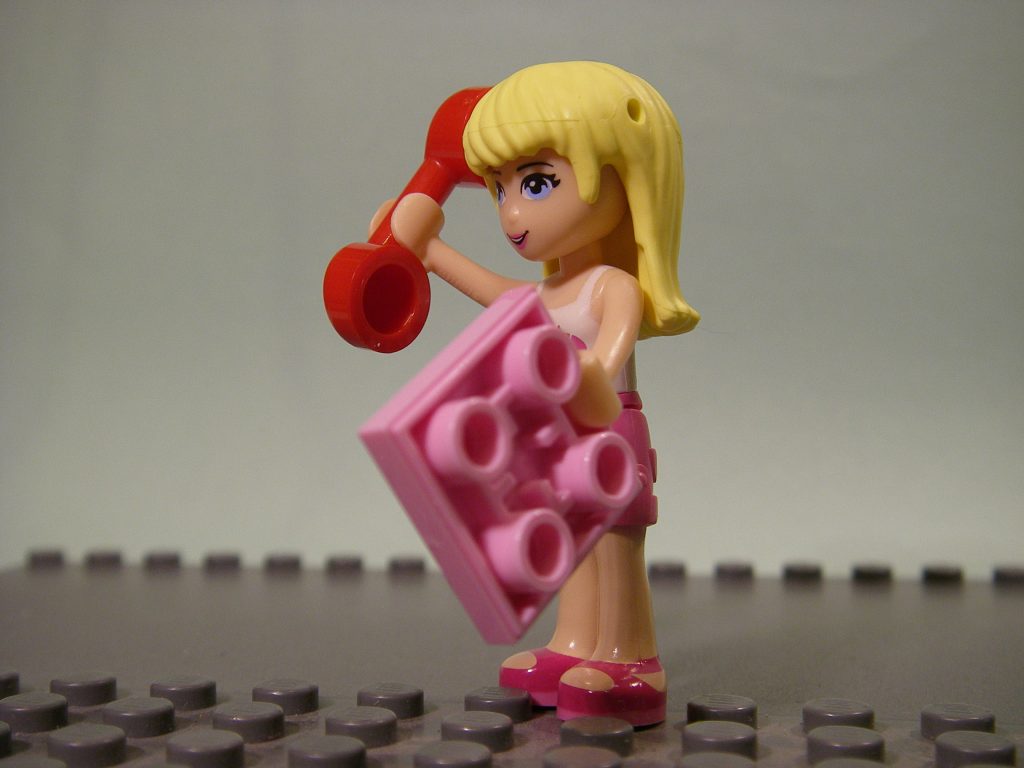 Staff at a startup company somewhere in Shoreditch,   (February 2016) 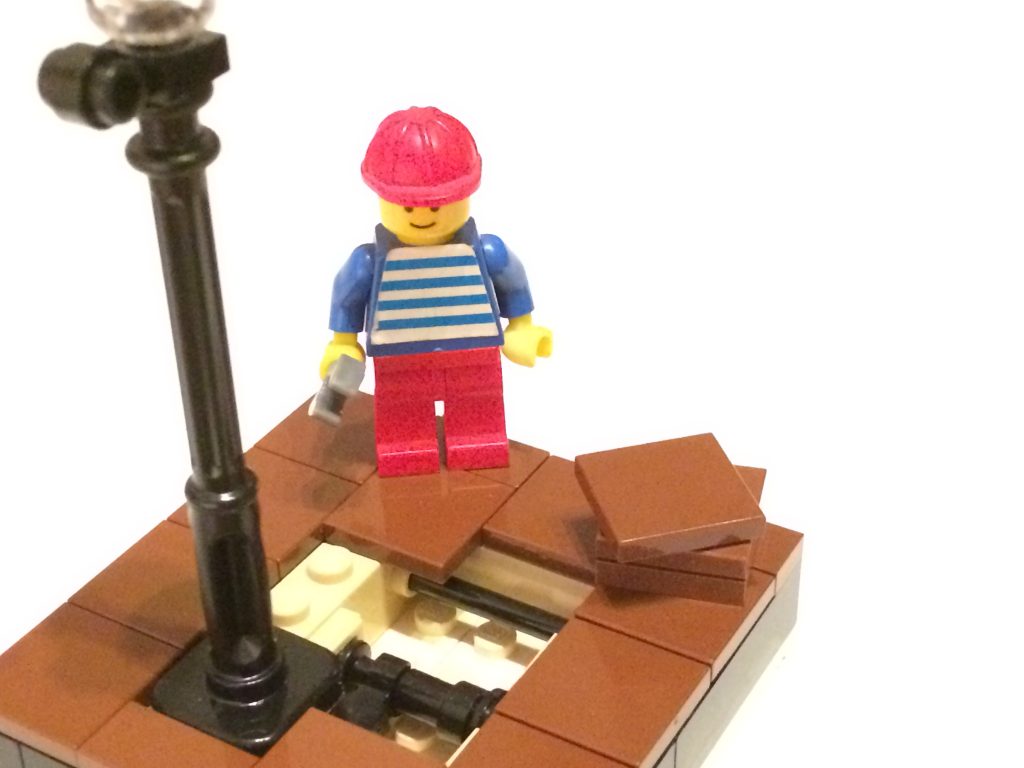 Inspired by the awesome creations by Peter Reid, Rogue Bantha and others, I’ve made a few models around the Classic Space theme. Some of these have been shown previously on my Flickr page, but I bring them all together here. They document a particularly interesting development in space technology:

First, here is Lt Green, moving things around the hangar. Lt. Green would have many fascinating stories to tell, except he is very quiet these days. For medial reasons he is not permitted to fly any more, but contents himself with keeping the dock tidy. (Image: October 2014) 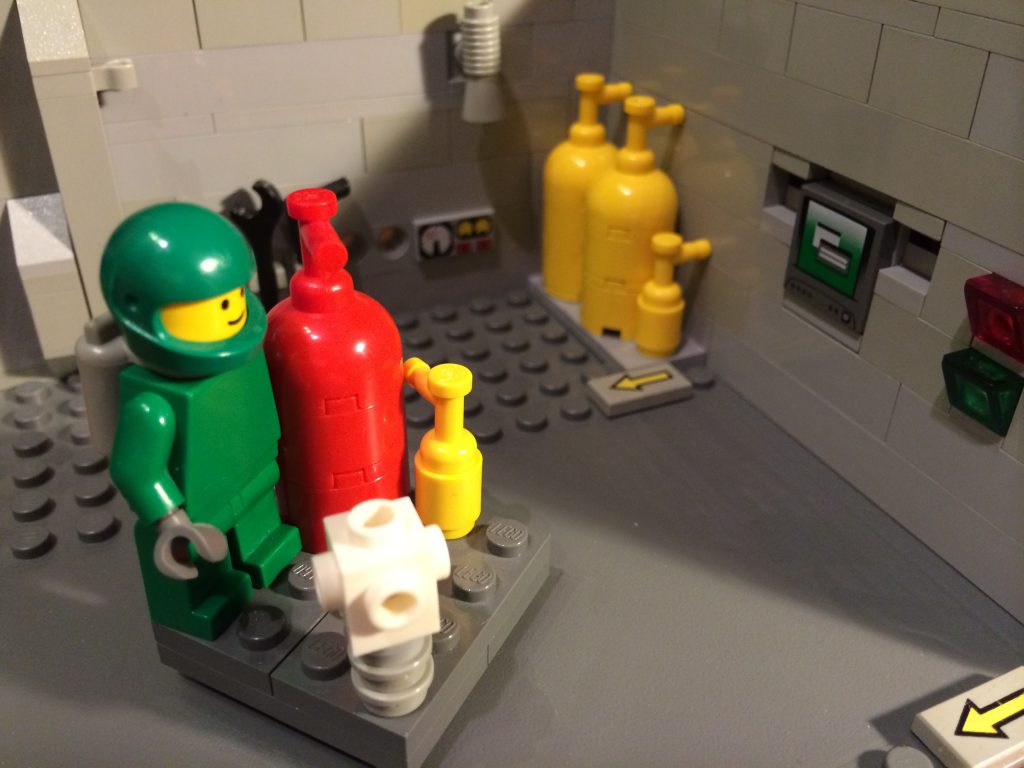 Next: A photo of us with the experimental version of the Singularity Detector, shortly before we took it out to run the first tests. The photo was taken by the service-bot. Dr. Paul Niling is in white – he always sweated profusely, and hated wearing a spacesuit. Dr Rees van der Laan is in red, and a youthful (later Professor) Peter Sheldon, father of Nigel Sheldon, famous for inventing and commercialising the wormhole, is in black. I’m in blue. I don’t recall the names of the two lab technicians in yellow

During the test, we proved that the detector works, but nearly lost our lives in the process. At the time, our theories didn’t predict the massive EM pulse that was given off when the Singularity was created. We thought we were sufficiently far away and protected. But neither our vehicle nor environment suits were not adequately shielded, and all the electrics in the suits went down.

Dr. Niling and I continued to work together for many years, and eventually he commercialised the device known as the Niling D-Sink. (Image: October 2014) 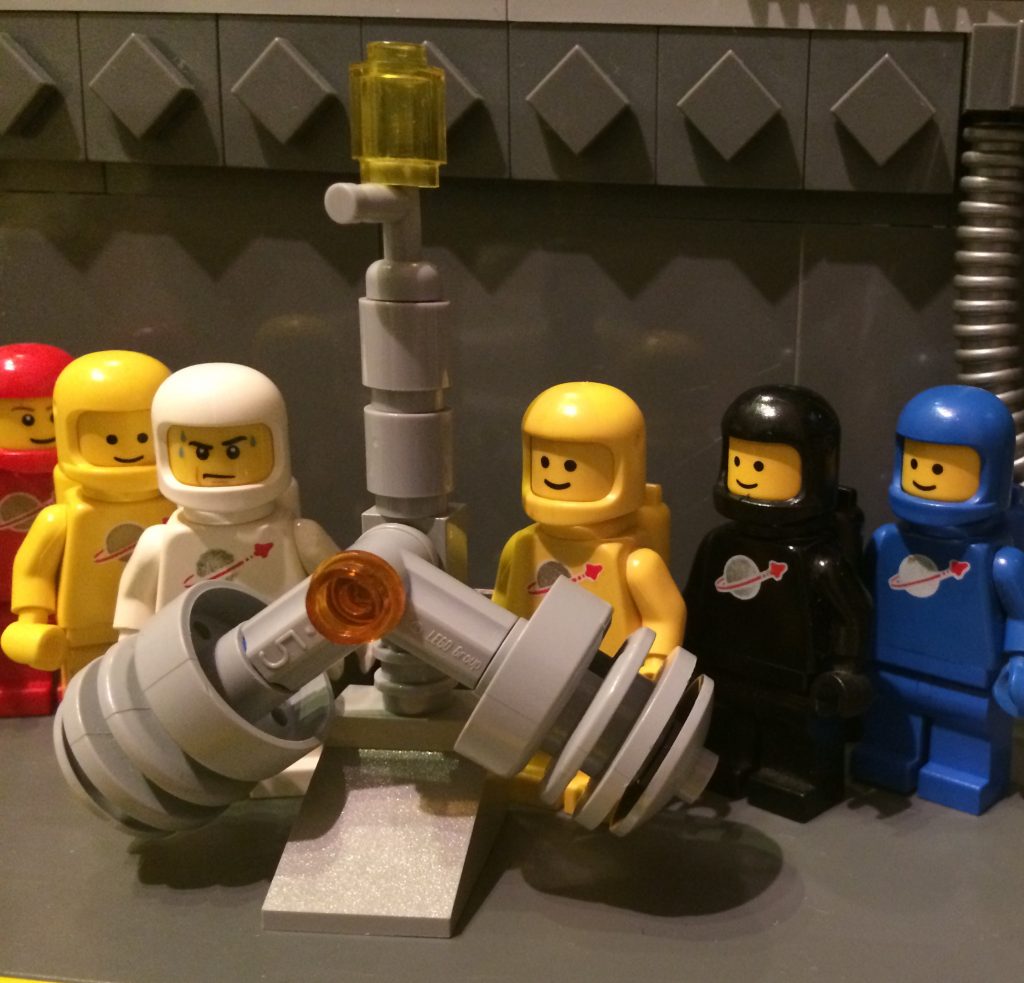 Next, a photo of five lab technicians in team yellow at their daily standup meeting (Image July 2017) 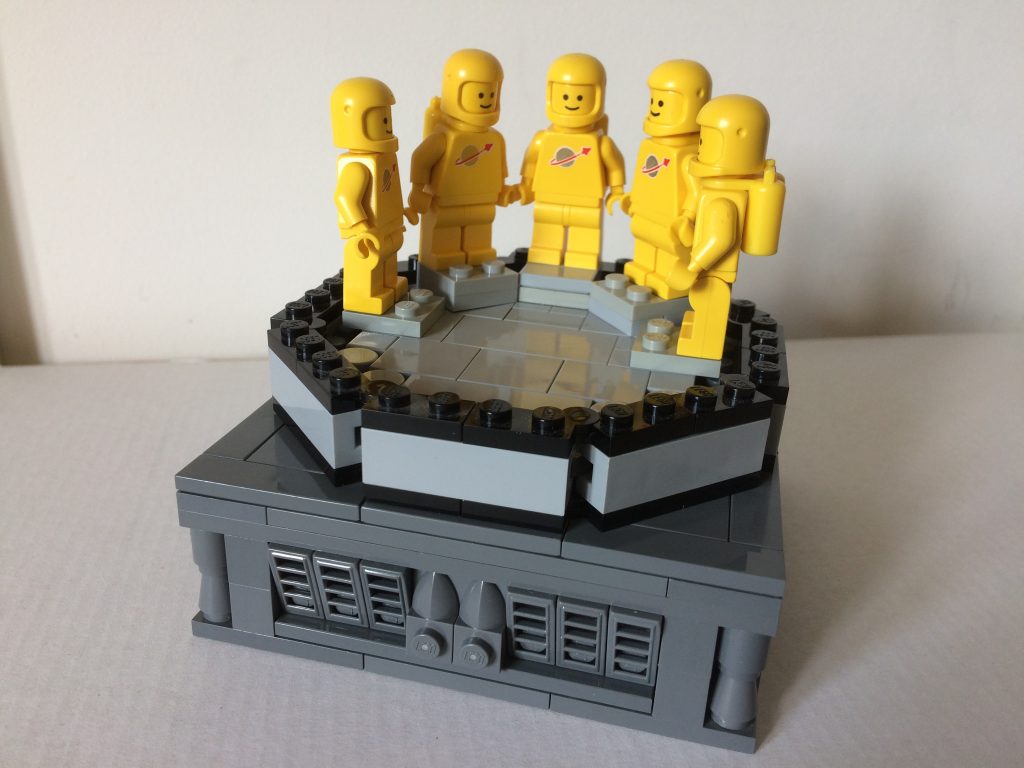